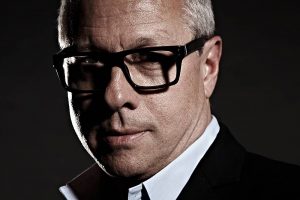 Born in Verdun in 1955 and raised in Saint-Léonard, nothing predestines François Vidal to an artistic career. Long repressed, Vidal feeds his passion for the visual arts dilettante. Then, the desire to become a painter resurfaced in 2003. From then on, he will do everything to put art at the forefront of his life. In September 2004, he began a career change and began a certificate in visual arts at UQAM, which he obtained in 2008.

Influenced by the teachings of his professors Guylaine Boutin and Dominique Sarrazin, Vidal wants to perfect his training. In 2009, he settled for six months in Paris to attend two intensive courses dedicated to live models – drawing and painting – at the École Nationale Supérieure des Beaux-Arts in Paris (ENSBA). He completes this training with a workshop at the Academy La Grande Chaumière; sketching live models. During this period, he meets the artist Hervé Szydlowski whose drawings will be of great influence.

These steps; at the ENSBA, La Grande Chaumière and the meeting with Hervé Szydlowski, will be significant for a part of Vidal’s production that touches the depiction of the living human figure.

From 2006, Vidal enrolled in various creative workshops where he had the chance to work with Doris Savard and Michel Beaucage with whom he became friends. Another brief decisive encounter in his artistic career is that of Jean-Pierre Lafrance. These three artists will lead him to understand the essence of creation, the importance of composition and points of tension and the contribution of textures and colours. In addition, Vidal has a certain affinity with the work of two artists of international renown: Willem de Kooning and Zao Wou-Ki. These artists directly influence Vidal’s career and the technical and formal research he undertakes. However, he stays faithful to his own sensibility. His visceral and spontaneous creative gesture remains independent of any ancestry. Indeed, at the beginning of each work, Vidal senses “a feeling of a struggle as he sheds his emotions on the canvas”, and, this anguish as heartbreaking / overwhelming / poignant as it may seem, is the key to all creation.

On his return from Paris, at the end of 2009, Vidal participated in his first collective exhibition in Saint-Bruno entitled ” La Tombée des nus “. Then in the autumn of 2010, thanks to the patronage of Mario DiPalma, an art lover, Vidal presents some thirty of his lyrical abstract paintings at the Loft Hotel in Montreal. This successful event is significant for his career as an artist, because it finally allows him to emerge from the shadows and make himself known to art lovers and the general public. Between 2010 and 2012, he is represented by Montreal’s Galerie MX.

In 2015, with his experience in sketches, Vidal opened the Saint-Germain workshop. It is also the moment for Vidal to launch a first series of photolithography taking some of his best drawings.

A series his original drawings will also be exhibited in the United States.